Gun Safety: LWV and the Law 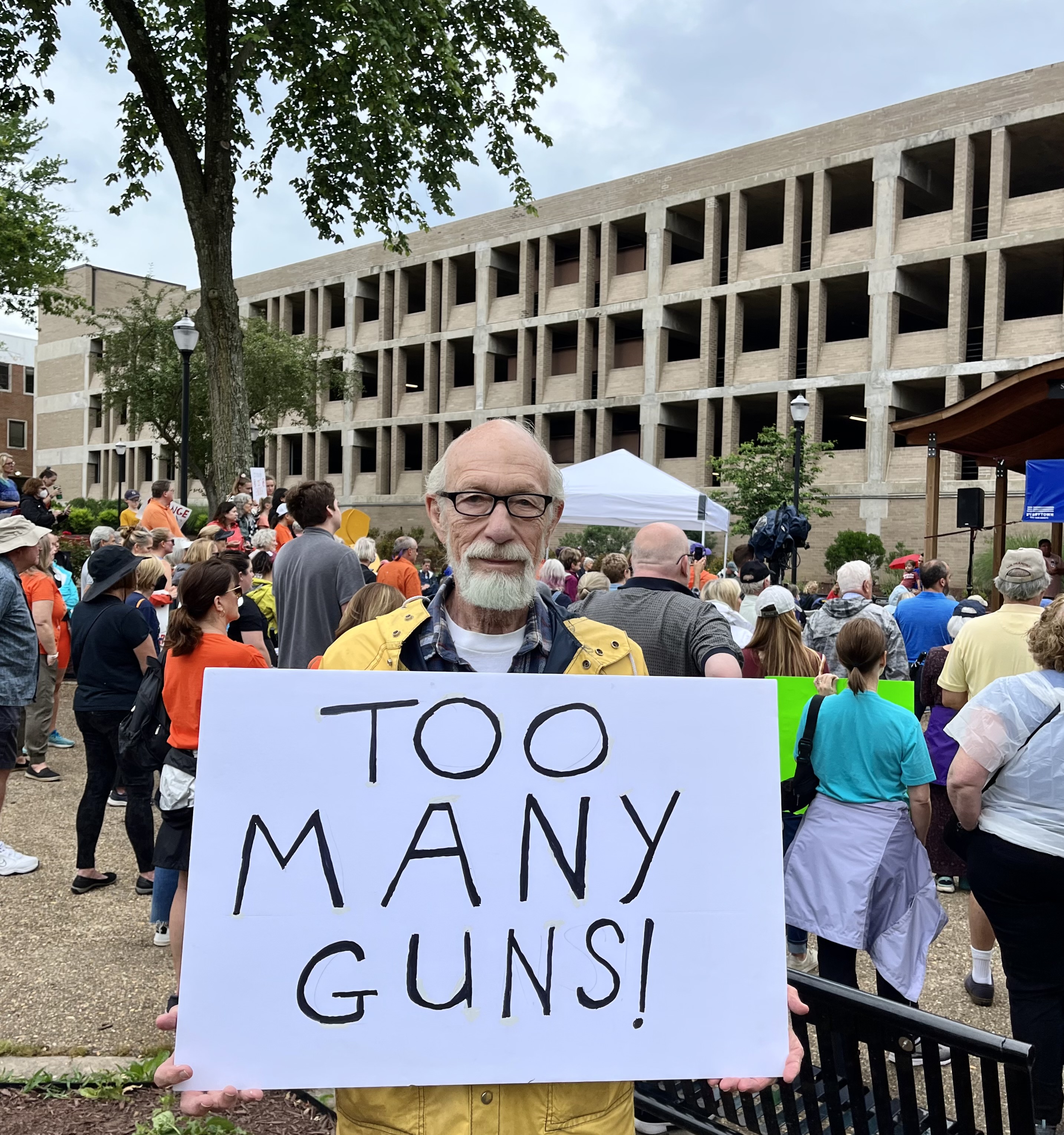 As the nation is reeling from a recent string of mass shootings stretching from New York to Texas to Oklahoma, and gun violence continues, many of us are asking what can be done about gun violence. The League of Women Voters has been working for sensible gun safety laws for over 30 years. LWVUS CEO, Virginia Case Solomon, decried the Uvalde tragedy and declared, “We will not be silent.” The League’s position on gun ownership is clear:

The League of Women Voters of the United States believes that the proliferation of handguns and semi-automatic assault weapons in the United States is a major health and safety threat to its citizens. The League supports strong federal measures to limit the accessibility and regulate the ownership of these weapons by private citizens.

The LWVUS supported legislation to extend the Assault Weapons Ban, which expired in September 2004. It also supported language to close the Gun Show Loophole to require all dealers to run criminal background checks at gun shows. However, these bills did not pass.

Maryland’s gun laws are considered some of the strongest in the nation, according to the Gifford Law Center. To further reduce gun violence, Maryland has a Red Flag law, mobile crisis units, and has added money to its budget for behavioral health treatment. In 2013, with LWVMD support, Maryland banned assault weapons, making it unlawful to transport an assault weapon into the state, or possess, sell, offer to sell, transfer, purchase, or receive an assault weapon. However, exceptions in the law prevent the confiscation of weapons from owners who possessed them when the law was passed.

There are additional Maryland laws concerning gun ownership in general. To buy a gun, one must be 21 years old, undergo a background check and wait 7 days after purchase to possess the gun. If the background check is not completed in 7 days, the buyer must wait until it is. To carry a gun, there are more requirements. The Wear/Carry Handgun Permit requires a good and reasonable circumstance for needing a gun and no propensity for violence or instability. The Maryland State Police Secretary determines who passes this test. Also, 16 hours of training are required before the permit is issued.

Just this year on the state level, LWVMD (working with the LWVUS positions) supported two bills in the Maryland legislature—SB387 and companion bill HP425—to outlaw ghost guns. Ghost guns are homemade weapons that are untraceable, have no serial number, and are made from parts that often come in a kit or can be made on a special home printer. In Baltimore alone, 19 percent of the firearms recovered this year have been ghost guns. Baltimore City has filed a suit against Polymer80, a manufacturer of gun kits, accessories, and parts, accusing the company of creating a public health crisis. Ghost guns are now outlawed in Maryland.

Mass shootings, defined as a shooting of four or more people, have occurred in Maryland. But statistics show that there is less lethality in the shootings than in previous years, looking at the year 2019. From 2013 to 2019 there have been 67 mass shootings, with 61 deaths and 257 injuries.

State Senator and LWVAAC member Pam Beidle says that despite some of the strongest laws in the country, “We still have more work to do…we can’t do this alone.” She calls for federal gun safety laws, emphasizing, “We can’t keep guns from coming into the state.”

It is important to note that Maryland’s laws, especially the one banning assault weapons, are being challenged. Twenty-five states, led by Arizona and West Virginia, are urging the Supreme Court to hear the case, Dominic Bianchi, et al. versus Brian E. Frosh, et al. It was left standing by the U.S. Circuit Court of Appeals and is now awaiting acceptance to be heard on appeal to the Supreme Court.