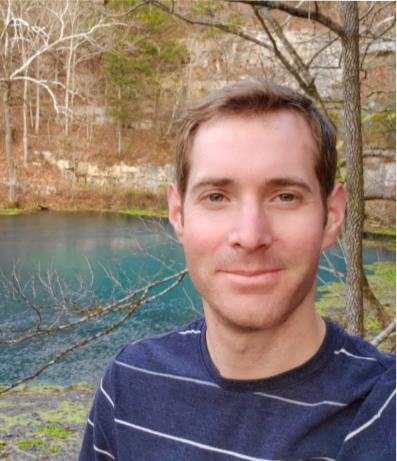 In 2019, Matt Johnston was appointed as the first Director of Environmental Policy for Anne Arundel County. This past February, Johnston spoke with LWVAAC’s Programming Director Marguerite Duffy about his experience and the challenges of a changing climate. Excerpts of their conversation appear below. The full interview may be found beginning on p. 7 of the March 2022 issue of LWVAAC's newsletter, The Voter.

Johnston was the lead presenter for LWVAAC's April 21, 2022 Earth Day commemoration, Environmental Challenges and Solutions in Anne Arundel County. In April 2022, he left his position in County government to become Executive Director of the Arundel Rivers Federation.

What is the biggest environmental issue in our County?

The climate crisis is the overarching environmental issue in the county, state, nation, and world. We must cut greenhouse gas emissions. Within 100 years the County could face a 2 to 4 foot sea level rise. Last October, two storm events caused tidal surges 4 feet higher than normal in the Bay. That was a wake-up call. That storm will be the new normal by the end of the century. Climate change is also increasing rainfall. That’s a problem because statewide stormwater controls were based on old data. So the county was instrumental in getting a bill passed in 2021 requiring the Maryland Department of Environment to use precipitation and flooding data from new storms and update stormwater control practices.

Does the County have the resources to enforce and mitigate erosion controls on stormwater sites?

The County has added new inspectors to ensure permitted construction sites have built controls correctly. In the past inspectors did not walk off-site where runoff was reported, so our office adopted a new paradigm. A team of engineers and restoration specialists now walk the site, plus the outer perimeter to ensure site controls are in place. If problems are found, construction is stopped until it’s corrected.

How do you monitor old communities that were built decades ago?

The Bureau of Watershed Protection and Restoration manages a stormwater program to control runoff into the Bay and works with old communities on projects to curtail Bay pollution. Many communities predate storm water regulation, and there’s always more
backlog of projects than funding. To accelerate climate mitigation efforts for communities, the County Executive created a Resilience Authority to bring expertise and financing to communities to protect properties from floods. A director will be selected soon followed by seating a board. Then the Authority will begin to seek financing and assist old and new communities with projects.

How is the County cutting greenhouse gas emissions?

County Executive Pittman signed an Order to convert the county’s gas-powered vehicles to electric and the County Council passed an Ordinance in December 2020 making it law. A consultant was hired to explore charging station capacity. Replacing the 1,600 vehicle fleet is a process that has begun with purchasing hybrid-electric police cars. Additionally, new county buildings must be designed to green building LEED Silver standards; we are beginning to explore going beyond those standards.

Can you expand on the environmental justice and equity programs?

Low-income communities are often concrete jungles without tree canopies and subjected to flash flooding. Maryland’s Five Million Tree Campaign includes funding for an urban tree planting program. Luckily, the County has an urban tree planting program run by the Watershed Stewards Academy, called Replant Anne Arundel, that is perfectly positioned to break through that concrete jungle and add green spaces. The Academy also trains Tree Troopers (volunteers), who planted 5,000 native trees in the first year in the middle of the coronavirus—it was simply awesome.

The County is fortunate to have a methane gas and energy system at the Millersville Landfill. There are no plans for large scale food compost operations that involve enormous capital costs, but there are several small scale composting sites around. Recycling requires every person to know what can go in curbside yellow bins because contaminated loads cannot be processed and are instead sent to the landfill.

Are our County aquifers safe?

Sea level rise is a concern as tides move further inland and there is possible salinity intrusion into private water supplies. Our public aquifers are well protected, but as population increases so does water usage and drawdown of these aquifers. The County is working with Hampton Roads, Virginia, to learn about their multimillion dollar project to protect and recharge their aquifer. Importantly, each person must act to protect groundwater and surface water by curtailing pesticides and lawn fertilizers, using organic compost, and scooping up the dog poop.